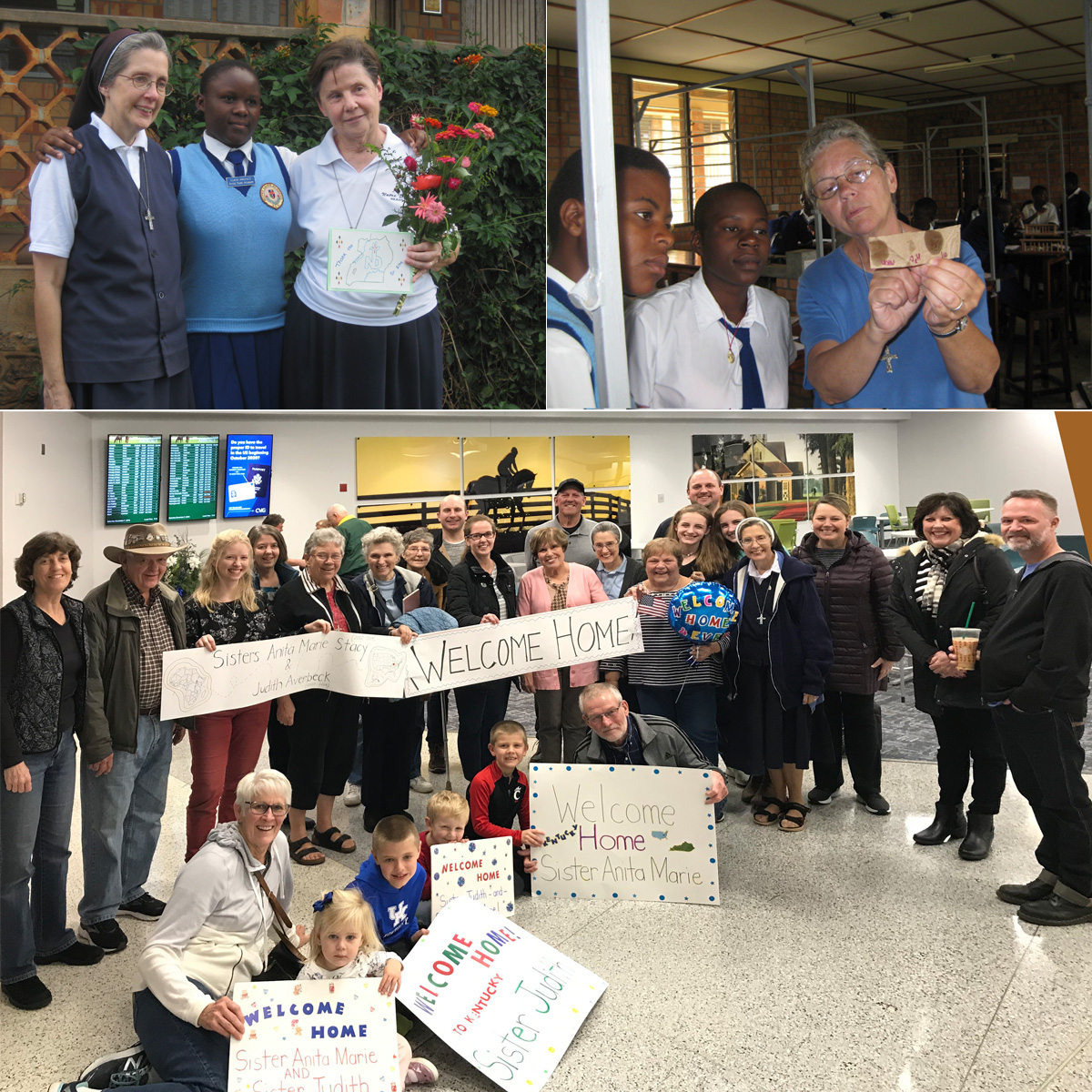 Since returning to Covington, Sister Anita Marie has begun teaching calculus at the Ignite Institute in Erlanger, Kentucky. Sister Mary Judith has become involved with the SND after-school programs in the Northern Kentucky urban core. Both have acknowledged the difficulty and the lessons learned in re-entering daily life in the United States.

“Uganda seeps into you,” Sister Mary Judith said. “I realize this whenever I enter a car from the “wrong” side, thinking the driver is on the right. Also, when I came back to the US, the pace of life seemed high speed. I am an inveterate planner and worrier, but even I can tell that I am now more comfortable with delay, waiting, and taking my time.”

“I don’t miss the worries: water, sick children, losing relatives, Ebola and other diseases, and lack

of medical facilities,” explained Sister Anita Marie. “But I do miss the motivated students, their happy faces, grateful hearts, and the laughs we had together.”

Despite completing their ministry in Buseesa, Uganda, Sister Anita Marie and Sister Mary Judith remain in contact with the sisters and teachers at the mission. In fact, they were the first to receive the news from Uganda that Notre Dame Academy is now ranked 16th overall in the nation and 1st in mathematics out of nearly 3,000 schools. These rankings were announced in late January after the rigorous national examination scores were released.

Reflecting on the students’ success, Sister Anita Marie said at a recent SND event, “To have been a part in young girls’ lives whose dreams turn into realities, who have a drive and determination to make a difference, to find a hope to endure in a less than perfect world…All of this convinces me that whether I ever return to Buseesa or not, a beautiful part of Buseesa has become part of me and for that, I hope to never be the same.