Opening Mass for the Year of Consecrated Life, Rome 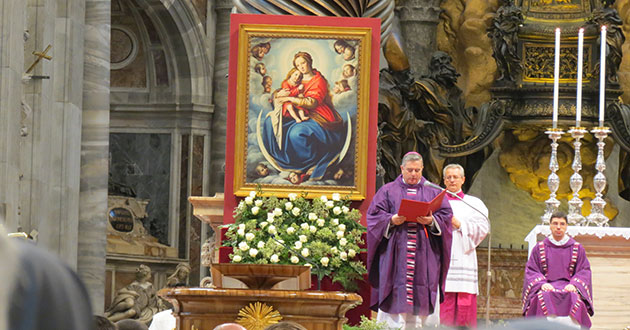 On Sunday, November 30, 2014, St. Peter’s Basilica was crowded with men and women religious to participate in the Opening Mass for the Year of Consecrated Life. Since Pope Francis was on an apostolic visit in Turkey, Cardinal João Braz de Aviz, prefect of the Congregation for Institutes of Consecrated Life and Societies of Apostolic Life, presided at the Holy Mass in the name of Pope Francis. At the beginning of the Opening Mass Msgr. Jose Rodriguez Carballo, the congregation’s secretary, read the Pope’ message to consecrated people.

In his message, the Pope identified three aims for the Year of Consecrated Life; to look to the past with gratitude; to live the present with passion; and to embrace the future with hope. The Pope also outlined his expectations for the year-long observance: that consecrated men and women would be witnesses of communion, of joy and the Gospel, and go evermore to the peripheries to proclaim the Good News. “I am counting on you ‘to wake up the world’, since the distinctive sign of consecrated life is prophecy,” he wrote.  “This is the priority that is needed right now.”

A number of international meetings have been planned in Rome throughout the course of the year 2015. A three-day ecumenical conference of religious will take place Jan 22-25. A seminar for formation directors will take place April 8-11. And a workshop for young consecrated men and women has been organized for Sept. 23-25.

The year of Consecrated Life will extend beyond the 12 months of the liturgical year and conclude with a papal Mass on the Day for Consecrated Life, Feb. 2, 2016. A group of sisters from the Motherhouse community who attended the Holy Mass were glad to meet some of our neighboring community members in St. Peter’s Square. 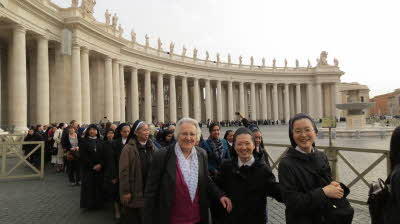 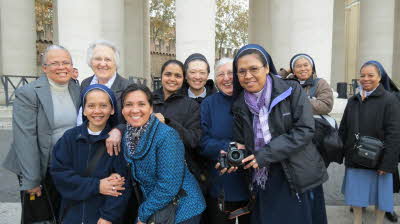 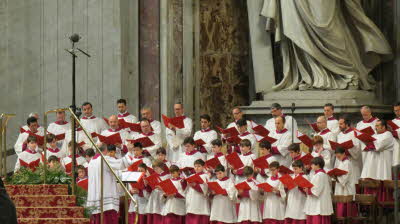 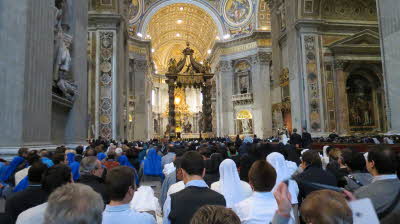