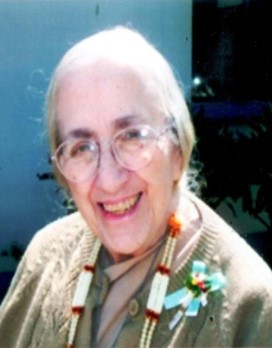 Sister Mary Ann was born as the first of the two children of Peter Gemignani and Alvera (Bellomini) Gemignani. Her brother Louis was two years younger than her. Mary Ann had her primary Schooling at Memphis, Tennessee and High School at Notre Dame Academy, Cleveland. Mary Ann became a postulant in Cleveland on February 2nd, 1945. At her investment she received the name Sister Mary Timothee which was later changed to her original name Mary Ann. She made her profession on August 16th, 1947. Sister obtained her B.Ed. degree from St. John College, Cleveland and during her Juniorate taught at St. Francis School and Mount Carmel School, Cleveland. After her Perpetual Profession in August 1952, Sister Mary Ann received her mission to Jamalpur, Bihar.

Sister Mary Ann began her ministry in India as teacher at Notre Dame Academy, Jamalpur. She has served as headmistress of St. Joseph’s Primary School, Jamalpur, St. Ann’s Primary School, Sasaram, and Hartmann High School, Patna. Sister Mary Ann’s proficiency in Hindi and her interest in catechetical work made it possible for her to move into various pastoral ministries. She studied for one year at the East Asian Pastoral Institute, Manila, and then at St. Thomas University, Texas, and obtained a Master’s degree in Religious Education. Returning to India, she served as the co-directress of the Apostolic Orientation Programme for women Religious for six years and then assisted at the Diocesan Catechetical Training Institutes at Mokama and Daltonganj. Sister was the local superior of Notre Dame Convent, Jamalpur, and later of the provincial house, Patna. She was involved in the Notre Dame Communications Centre, conducting training courses and organizing Media workshops together with Sister Jyosita and Sister Manjushree.

Even during these past 10 years when her movement was restricted, she would get around with her walker and managed to attend all the Community gatherings. One exercise she seldom missed was “playing rummy cards” after supper, and the other the aerobic exercise sessions in the ‘Wellness Room”. Only for three or four days Sister was confined to her room totally depending upon others. At 11:00 pm on Sunday she asked for water, and then went back to sleep. At 4:00 a.m. she did not wake up as usual and we had to accept the hard reality that she is no more.

The funeral Mass was celebrated in the provincial house chapel by Most Rev. Sebastian Kallupura, the Archbishop of Patna, and 25 other priests. A number of our Sisters had also managed to come from other houses in spite of the Pandemic hurdles. The Wake service was a fitting tribute to Sister Mary Ann who had endeared herself to so many. What the Sisters found most inspiring in Sister Mary Ann was her simple life style, her spirit of poverty, and her joyful simplicity. May Sister Mary Ann intercede for the Sisters of Notre Dame and for all the people of India.