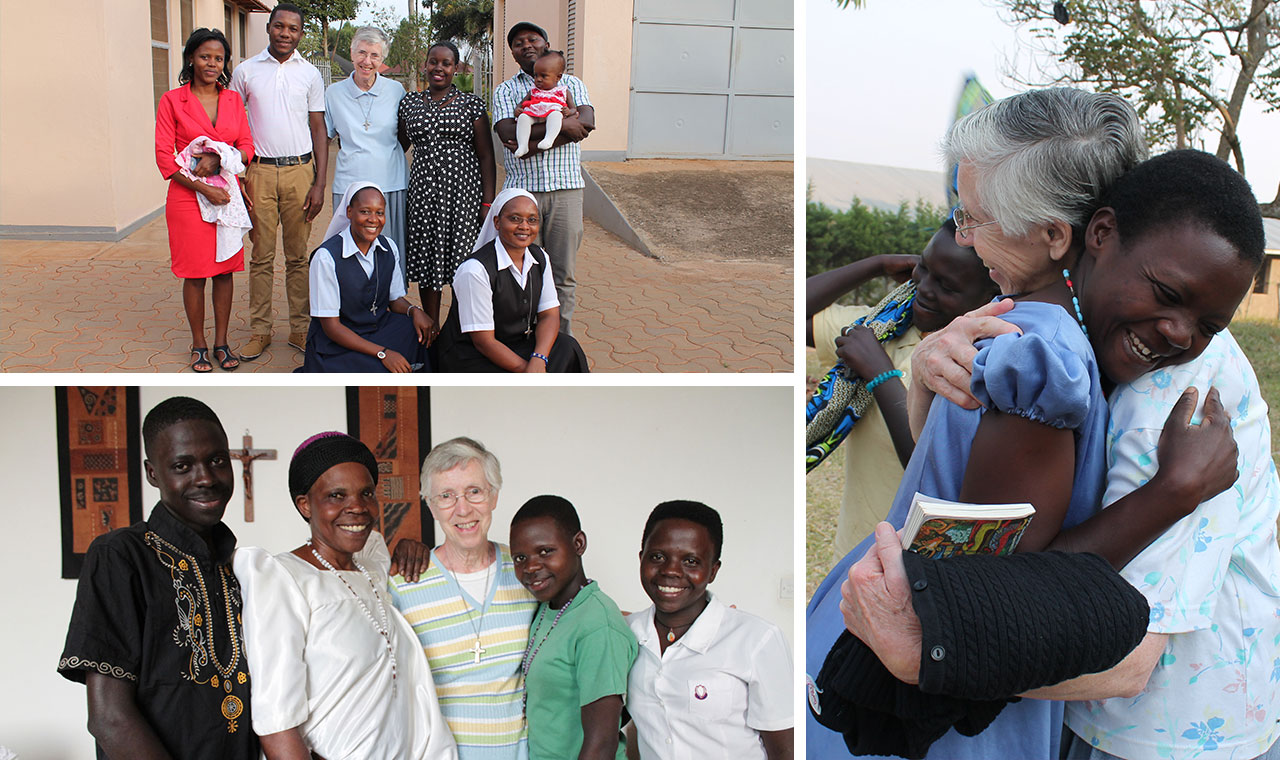 On January 16, 2017, Sr. Mary Janet Stamm traveled to Uganda with a volunteer maintenance group from Covington, Kentucky. This was her first time returning to Uganda since she concluded 18 years of service at the St. Julie Mission in Buseesa, Uganda in 2013.

For two weeks she served as the maintenance volunteers’ liaison to the sisters and locals, she mentored younger Ugandan sisters, and she prepared meals for the volunteers. Sr. Janet also reunited with St. Julie Mission alumni.

“It was such a joy to see so many students and parents,” said Sr. Janet. “And there was such a steady stream!”

The reunions took place all throughout Buseesa. One morning, the maintenance group attended Mass at the local parish. They were warmly welcomed by the parishioners, including those who did not speak English, as well as Fr. Godfrey, the church pastor.

Sr. Janet said, “One of the highlights for me was at the end of Mass when Fr. Godfrey acknowledged our presence and said, ‘Stand up, look around. Look at what you’ve given birth to.’ But it’s not just me or the sisters. It’s so many people from all over who made the mission possible. It’s God’s providence.”