The Australian Minister of Foreign Affairs

Sister Mary Vivette’s missionary service to the people of Papua New Guinea included 17 years as Principal of Notre Dame Secondary School, Mt. Hagen, and 12 ½ years as District Superior of the Sisters of Notre Dame of PNG.

Her life in Papua New Guinea began on January 6th, 1980 as a missionary and teacher. She is a hard working person and loved by all the students and admired by many teachers, principals, parents of students and others. Everybody loved her for her smile and welcoming spirit for anyone, whether student, teacher, parent or even those who caused problems to the school or had demands from the school. 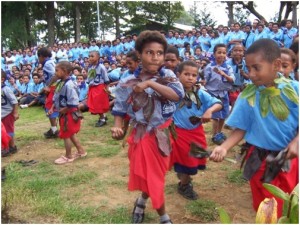 Under Sister Mary Vivette’s leadership, the school facilities were greatly extended (unique are the 22 fish ponds to supply fish for the school), and Notre Dame Secondary School has grown into one of the best Schools in the Province and also in the country. It is the only girls’ School in the Province and one of four in the country. Sister Mary Vivette wrote proposals asking for grants and received the funds to upgrade the school. Australian Aid has provided much support for the school, and the Australian Minister of Foreign Affairs, Hon. Bob Carr, along with the representatives of Australian Aid were very pleased with what they found when they came to visit the school.

December 2012 was the month of many official farewells for Sister Mary Vivette, as well as anticipated celebrations of her jubilee of religious profession. On December 12, Notre Dame Secondary School began with a Holy Mass presided by Archbishop Douglas Young and concelebrated by Fr. Jerry Theis (both SVD). On the following day the school celebrated with many traditional dances, speeches by invited guests and the presentation of many gifts. Hundreds of people attended the celebration. 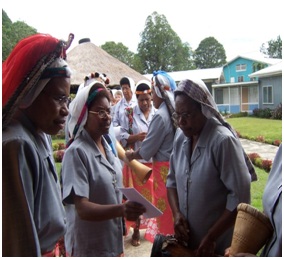 The Sisters of Notre Dame celebrated with Sister Mary Vivette on December 29. First her Golden Jubilee as a Sister of Notre Dame was remembered. The morning service was led by Sister Marie Bernadette, and all the sisters praised and thanked our good God for the life and the service of Sister Mary Vivette. The sisters were all in tears as it was Sister Mary Vivette’s last time after her long service of 32 years with them in PNG. After the prayer they had their breakfast. Each local community prepared a part of the big meal. The Holy Mass began at 10:00 am, again with Bishop Douglas Young and Fr. Jerry Theis as the celebrants. The sisters danced for entrance, bible and offertory processions.
After the Mass, Archbishop Young, in the name of the Government of PNG, presented a medal of the Independent States of Papua New Guinea to Sister Mary Vivette for her long dedicated service to the people of this country. After the Mass all enjoyed a meal together and then a farewell program was offered.

About her personal vocation Sister Mary Vivette said, “My delight is to do the will of God”. When asking her how she feels about the young women that she has been educating over the years in Papua New Guinea, she said, “I want to develop the self confidence of the Christian women leaders, so that they will live a life of integrity and wholeness”.

Sister Mary Vivette said she felt very much at home in PNG with her sisters and the people. The community of SNDs in PNG is small, and there is a great togetherness, caring, loving, and sharing with one another. We live a simple lifestyle; easiness in community, unity and praying together balances our life. She understood that the people of PNG think so differently, interpret things differently and the language is more symbolic. People don’t rush but take it as it is and enjoy the present time with others, and people in the village work at any time they want to.

However, in the United States life is moving very fast, it’s like the culture is thrown at you when you are not used to this after having been away for so long. Sister M. Vivette said there is always something happening. She feels the need to catch up and moving back to her home country, she will gradually do that. 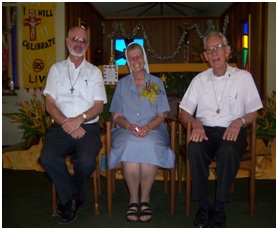 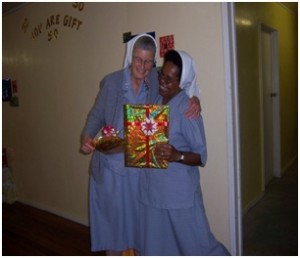 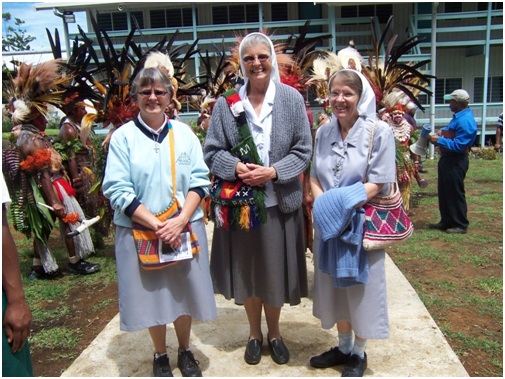