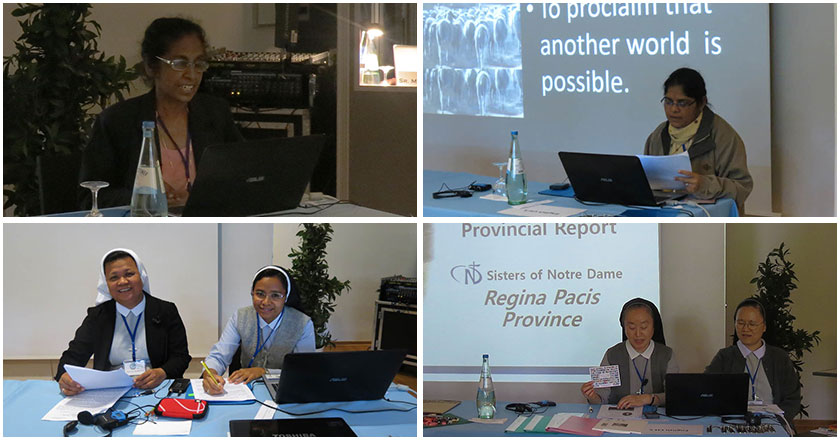 The province reports concluded today with the Asian province reports.  The day began with reports from the two Indian provinces.  Sister Mary Beena gave the Patna province report and Sister Mary Sandhya the Bangalore province report.  Sisters Maria Robertin and Maria Kharita gave the Jakarta report.  Included in the Jakarta report was information on the Philippine’s mission.  Sisters Marie Aquina and Maria Paulo gave the Incheon report with information on activities in China and Vietnam.  This concluded the first phase of the Chapter during which the Chapter members have heard reports from the generalate and provinces.