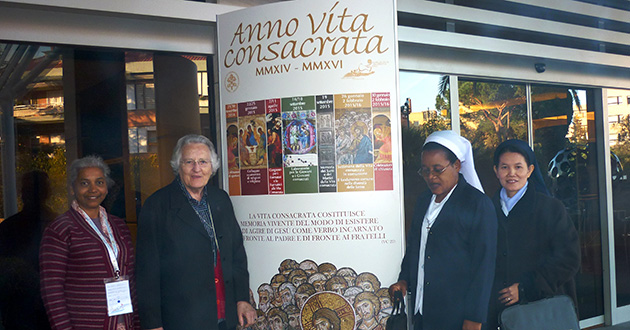 Our Sisters Maria Alcidia and Mary Sreeja from the general government were privileged to participate in the International Formation Congress taking place in Rome from April 7-11, 2015. Along with them, Sisters Clara Golombe from Malawi and Aniseta Sarti from Indonesia of the Amersfoort Congregation attended the meetings and stayed with us in Casa Madre.

The event was organized by the Congregation for Institutes of Consecrated Life and Societies of Apostolic Life in the context of the Year of Consecrated Life. Cardinal João Braz de Aviz, the Prefect, and José Rodríguez Carballo, OFM Archbishop Secretary, as well as various teams worked tirelessly to make this unique and first in the life of the church event a highly enriching and profitable one. The aim of the Congress was to reflect upon the fundamental aspects of consecrated life in the Church and the world in a multi –cultural context, and on the demands on formation that this contemporary context entails.

More than 1300 consecrated men and women from 130 countries came to experience the power of the Holy Spirit by being together, discerning together and discussing together. Round table communities of 10 members from various countries added much flavor to our sharing and learning. Participants chose one language from among English, Italian, Spanish, French, and Portuguese for simultaneous translation. It was edifying to see some very elderly wisdom figures who believe in life long formation of every consecrated person. We were also touched by the presence of priests and sisters from very vulnerable and persecuted areas including Syria, Iran, Iraq, Lebanon, Ukrania, Congo etc. The participants in the congress formulated a statement against the persecution of Christians that can be found here.

Cardinal Aviz recalled the Apostolic letter for the Year of Consecrated Life written by Pope Francis. – “Looking back at the past with gratitude, living the present with a passion, embracing the future with hope”. A number of key speakers shared their reflections and valued experience. Contributions on the Gospel way of journeying, mentoring and accompanying rather than ‘forming’ the young adults for consecrated life have been very enlightening. Every presenter centered his or her sharing on some gospel theme. “Have the same mindset as Jesus Christ” (Phil. 2,5) “Until Christ is formed in you” (Gal. 4,19) “In Him, we are chosen, called, redeemed” (Eph.1,4-7), “Do you still not understand?” (Mk. 8,21) have been some of the themes we nourished during the Congress.

On the last day, we had the Holy Eucharist in St. Peter’s basilica followed by an audience with Pope Francis in the audience hall. That was a very special moment for all especilly to witness the joyful, simple presence of our spiritual leader. His address can be found here.  We look forward to sharing the insights from this congress with the congregation – especially with the formators – in the coming months. 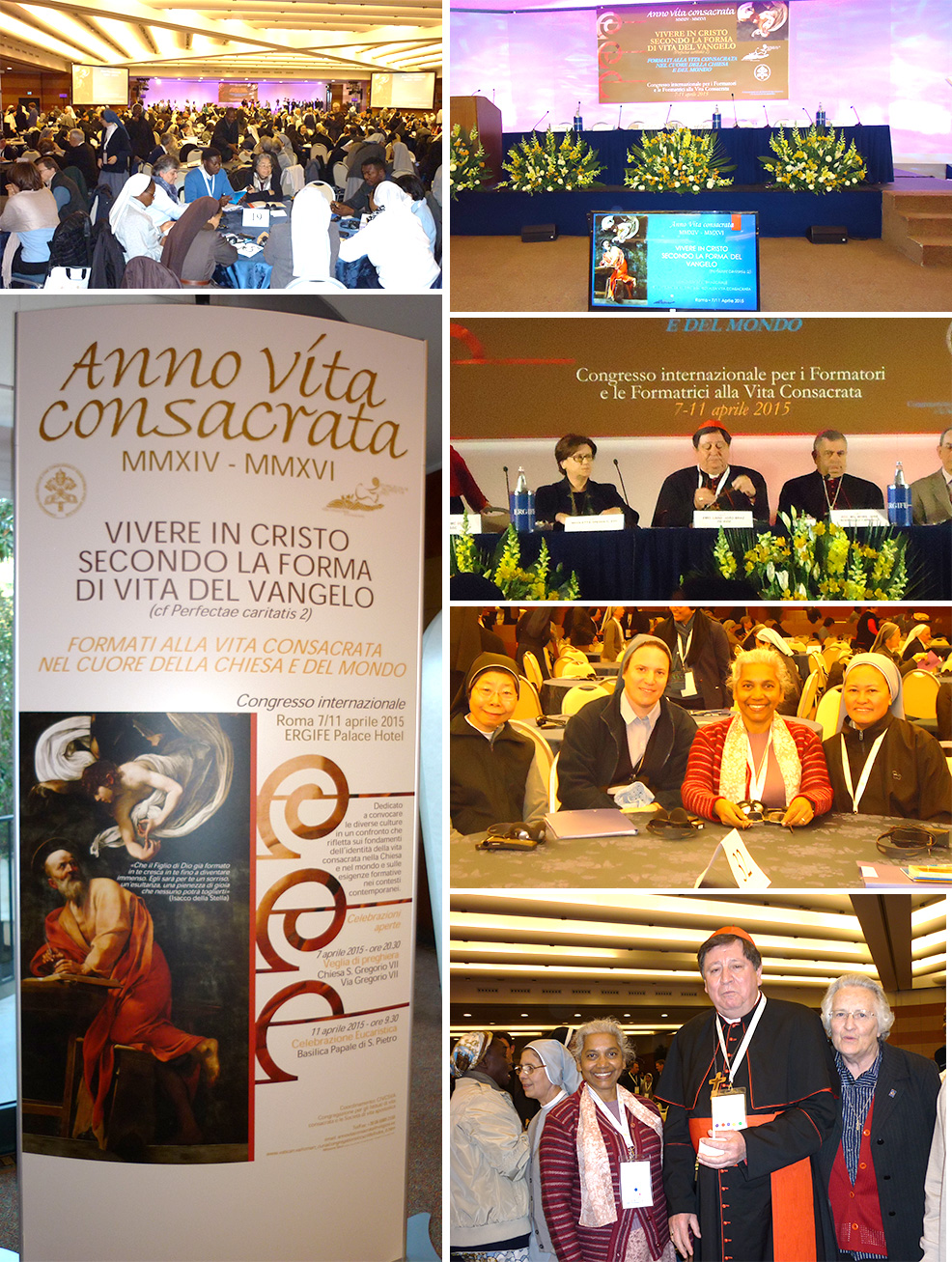