IV JUND-Camp 2017 in Tocantins and in RS, Brazil

The Civilization of Tomorrow is Born Today! 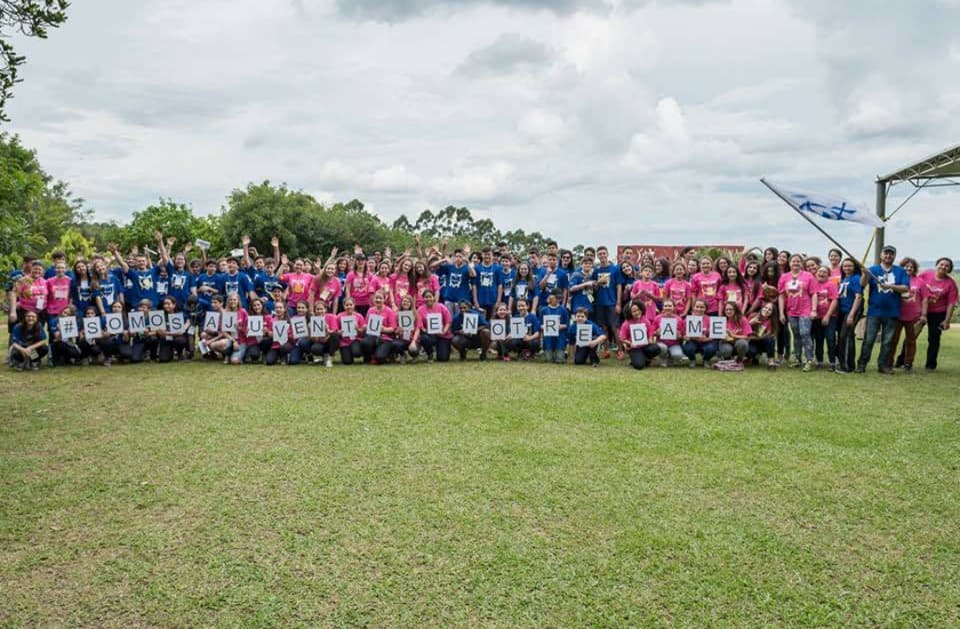 JUND (Notre Dame Youth Group) is a project aimed at the evangelization of young people and conducted by the Nossa Senhora Aparecida Province.  It has grown steadily since its beginnings in 2014. In October, as it happens every year, a special program – the JUND-Camp – was organized as the highlight of the youth´s journey in 2017.

The fourth such gathering brought together 197 participants – young people and facilitators.  The youth groups from Tocantins had their meeting on October 7 and 8 and the groups from Rio Grande do Sul, on October 27 and 28. Both gatherings were held in places where the young people could enjoy nature, pet the animals, and walk nature trails, in addition to having an opportunity to try out various sports, play in the mud or spend time in the swimming pool.

In both, the preparation for the event as well as its actual occurrence, the young people were motivated by the theme, “Civilization of Love” and by the slogan, “I make it happen”.

During the two days of meetings, in both Tocantins and Rio Grande do Sul, the participants were involved in a variety of team building activities as well as given time for reflection, prayer and amusement. The Eucharistic Celebration held in Rio Grande do Sul and the Celebration of the Word in Tocantins, were highlights of the event.

The joy, enthusiasm and gratitude expressed by facilitators and young people for the chance to participate in IV JUND-Camp, confirmed that Nossa Senhora Aparecida Province is on the right path by providing these opportunities for the youth´s integral formation. We, the Sisters of Notre Dame, believe that this is the way to build a Civilization of Love.

Please, access the link for a view of the JUND-Camp activities.