Founding a New Community in Alt-Buchhorst 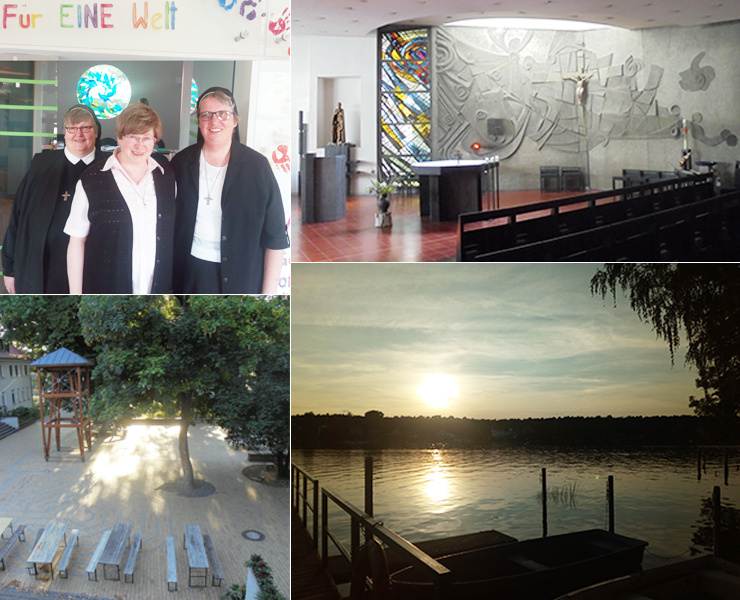 Alt-Buchhorst is a town east of Berlin. When Germany was divided, it belonged to East Germany, where religion was suppressed by the state and Christians had to accept disadvantages when they practiced their faith. Here the Christian-Schreiber-Haus was situated, a Catholic youth education center where young people could meet who often did not have any like-minded companions in their surroundings.

For a long time, women religious had lived in this house, but in 2016 the last Franciscan retired and moved to her motherhouse. That is why the Archdiocese of Berlin wrote to the German Conference of Superiors of Religious Orders to ask for a new community of sisters. Sr. Josefa Maria Bergmann responded to this letter. Now a new SND community lives here consisting of Sr. M. Rafaelis Könemann, Sr. Elisabeth-Maria Weinrich, and Sr. Ethel Maria Kollenberg.

When we moved here eight weeks ago, the local people welcomed us heartily. More than ten parishioners helped us to get settled. During the first weeks, we often heard people say, “How wonderful that we have sisters again! The house as a soul again!”

There are mainly school classes and church youth groups who come here for days of religious orientation, but young people are welcome for other purposes besides Christian religion; for example, during the summer vacation, young Germans spent a week together with young refugees.

We three sisters work in different areas here in the house. Moreover, we are very different regarding education, talents, and character. For that reason, the concrete work is perhaps less important than the witness of community life with Christ as foundation: The witness to “be one in diversity,” as it says in the vision statement of the 2016 General Chapter.