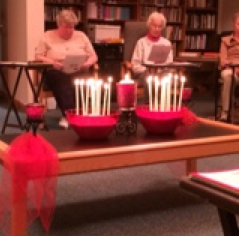 In 2012 the Sisters of Notre Dame in the United States announced plans to join our four provinces into one by the year 2020. While this decision was still in its earliest stages, a group of four sisters including chairperson, Sister Mary Jeanette Brown of Chardon, Sister Mary Regina Robbins of California, Sister Christine Marie Foos of Toledo and Sister Mary Evelynn Reinke of Covington, designed a renewal experience to help sisters get better acquainted across provinces. Sister Mary Jennifer Kramer of Chardon managed the processing and cross grouping. Several sisters from the provinces went through a training and served as facilitators. The experience was appropriately called, Becoming Fire Together. In our congregation the idea of “fire” comes up again and again, symbolizing love, warmth, energy and new life.

We wanted to give the coming together a spiritual underpinning, and what better way than to have sisters from different provinces gather together for a weeklong renewal/retreat. With structural changes in process for joining provinces into one, the sisters themselves recognized that in spirit they are already one, which put all at ease for this transition. The Becoming Fire Together retreat provided a common experience of prayer, reflection, story telling, and “getting-to-know-you” sharing, all intended to strengthen relationships with one another. As sisters shared stories of their lives and ministries as Sisters of Notre Dame, there was a spirit of laughter, compassion, awe and appreciation for one another and great hope for the future of the congregation.

The retreat was offered 21 times over 2013-2014 and was hosted primarily by the Sisters in Toledo and Chardon, Ohio. All four provinces also had a retreat in their respective provincial houses to accommodate sisters who did not wish to travel to another province. Approximately 66% of the sisters in the United States made the Becoming Fire Together retreat and this has enriched relationships as well as the sisters’ renewal of a common, shared spirituality.

Besides expressing the unity among the sisters, Becoming Fire Together has become a beacon of hope and symbol of new creative energy for the future of religious life among the Sisters of Notre Dame.

Becoming Fire Together allowed the sisters to form new friendships and foster rich communication among the sisters in the four provinces. Now everyone is looking forward to the national gathering in Ohio in the summer of 2015. These gatherings fulfill more than the original dream and design and stoke the fire of love and mission in all. 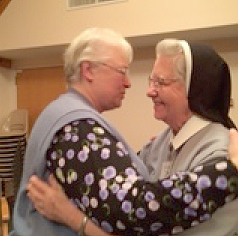 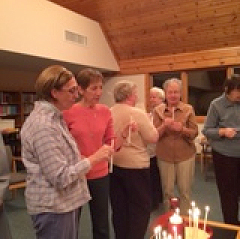 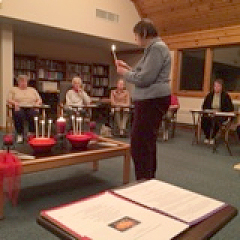