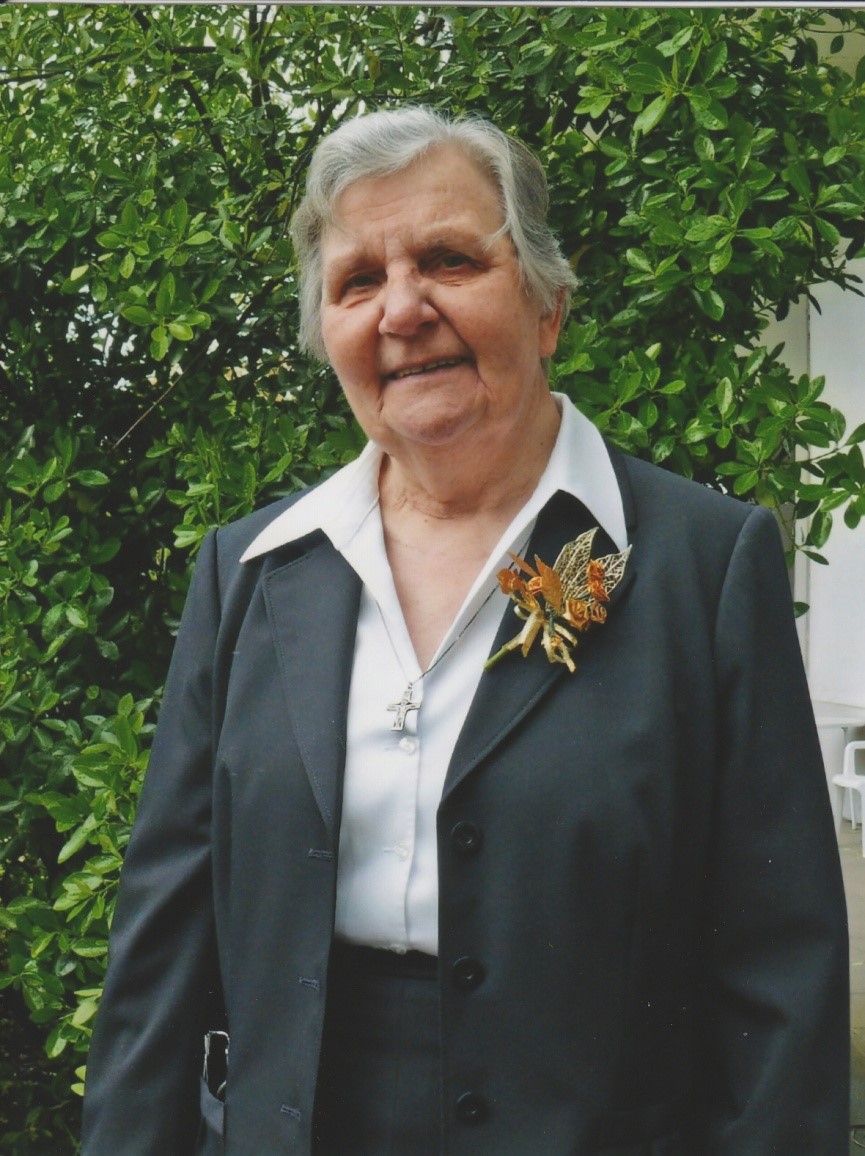 Sister Maria Adelheide was the oldest child born to the police officer Hermann Waschinski and his wife Gertrud, and she grew up with her two younger brothers in Ahrweiler and Gelsdorf/ Eifel.

When she was nine years old, her mother died, and since her father was not able to take care of his family because of his work, the three children came to religious sisters whose convent was connected to a nursing home. It was very difficult for the children to grow up in an environment that was not appropriate for children, but there was no children’s home near their town. Later, her father remarried so that the children could return to their father and a loving and caring stepmother.

During the Second World War, the father was drafted for military service and after the war, he was reported missing. For the new mother, it went without saying that she continued taking care of the children with great love. They were grateful for that throughout their lives.

After completing basic elementary and secondary school in 1945, Ida received training in home economics in Gelsdorf and Andernach. There she became ill with tuberculosis, which could only be healed three years later, after stays in hospitals and sanatoriums and after the removal of the affected lobe of the lung. Until 1950, she worked again with the sisters in Gelsdorf and then she came to St. Joseph Gymnasium in Rheinbach to help in the groups of the boarding school.

She received training as a children’s nurse at St. Anna college in Neuss and after her exam she completed a practical year in the children’s home St. Josef Stift in Wachtendonk where she then became a group leader until 1975. At the college for social pedagogy in Mönchengladbach, she received the diploma as an educator. In the subsequent years, she worked in different boarding schools and children’s homes in Mönchengladbach, Wachtendonk, and Mülhausen until 1992.

For health reasons, she had to give up her work as an educator and from 1992 on she took care of the refectory and the chapel in Haus Maria Helferin in Leuth. In 2010, she came to the community in Büren and in 2013, she was transferred to Haus Salus in Mülhausen. Sister M. Adelheide suffered from a lot of allergic reactions connected with strong asthma and shortness of breath, which demanded more and more of her strength, and which left her in need of help and care.

Despite her weak health, she loved her work with the children and the youth, and she helped them to find their ways in life. On top of that, she loved her voluntary activities in different parishes, and she maintained regular contacts to her former children and youth as well as to her many friends and acquaintances. As far as her health allowed it, she loved taking part in the community life of the sisters in Haus Salus.

Her final days were so painful for Sr. M. Adelheide that it was a relief when God set an end to her breathing difficulty and called her home into His kingdom. We thank her for all the good that she has done and for the patience and friendliness with which she has borne her suffering.