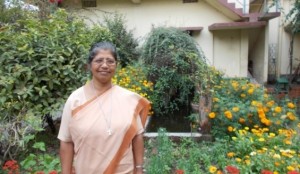 I am Sister Mary Ajita, SND working with the rural people of Bihar since 1983, particularly in the field of empowering women and girls — socially, educationally, politically, and economically. The women in our rural, caste-ridden society are vulnerable in most aspects of life. They are discriminated against as women, as poor and illiterate, and as socially untouchable. Even with this treatment they have an innate sense of justice, and struggle to live as persons of dignity and integrity.

In the early days when I began to intervene in the life of the poor people, my understanding of their problems was at the surface level. Gradually, with more knowledge and analysis of the root cause of the problems affecting them, I realized that the basic cause of their problems lies in injustice, in exploitation of the vulnerable sector of society by the powerful and those with vested interests. Thus from a simple charity approach, the opportunity of working with them led me to a rights-based approach. Every person born on earth has the right to live as a child of God with dignity, respect, and freedom. Yet many are deprived of these rights. I believe that the only way the deprived ones can get their rights is through empowering themselves. Their power lies in their number and in their determination to collectively struggle for justice.

Our primary activity is organizing the affected people. Through various processes of conscientization, we strengthen the groups and help them to put pressure on the ruling government and its delivery systems. The people know when they are being treated unfairly, and they take action against injustice using their collective power. Small successes in such efforts give them more enthusiasm and confidence to go forward with issues affecting them. The following is one such success story.

On August 15, 2012, India’s Independence Day, a day when the sale of liquor is not allowed, a licensed liquor shop in a Sisirta village sold liquor. Some of the men from the village had been drinking liquor and had a fight. One of the men beaten in the fight was the husband of a woman who is the member of a women’s self-help group. She approached the group for help. Immediately the group members arranged for his treatment, informed the police, and pressured the liquor shop owner for a closure of the shop. The next day, a large number of women from nearby villages approached the District Magistrate asking him to withdraw the liquor license of that shop and made the Magistrate promise that he would take action on the erring people. The liquor shop remained closed for days until there was a compromise between the women and the shop owners. The women’s action sent out a strong message to the involved parties that they can no longer take the women for granted.
The struggle for justice is not easy, but ultimately it will bear fruit. The process has begun! 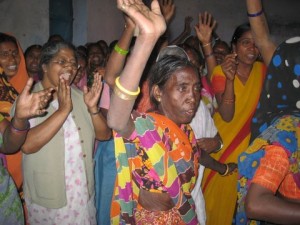 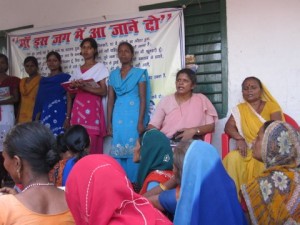 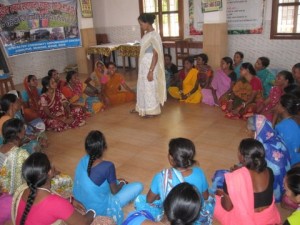 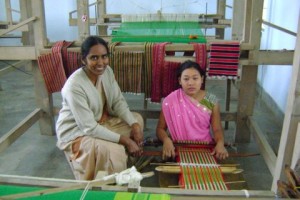 Sr.Deepika with woman at loom 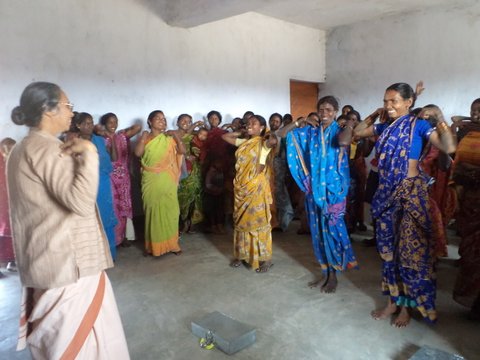 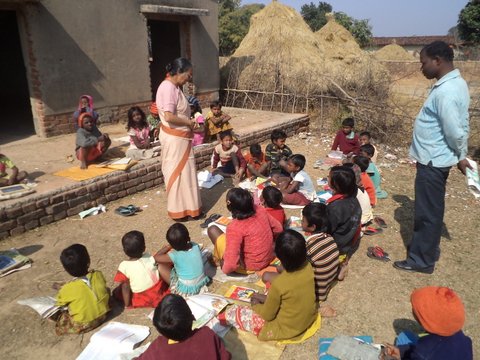 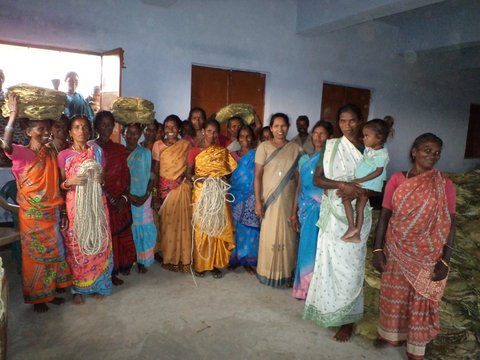