Visitors at the Motherhouse, Italy 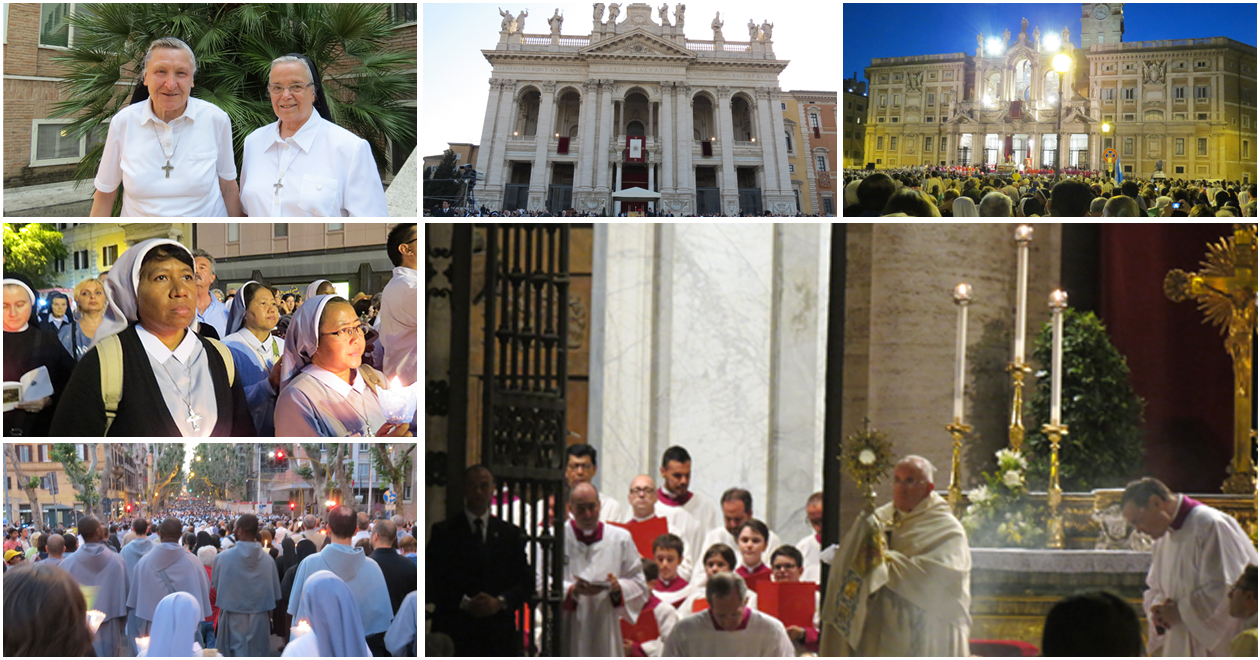 While in Rome the sisters intend to visit many of the churches in the area. They both participated in the Corpus Christi Mass and procession celebrated on June 4, the feast of Corpus Christi. Every year the Holy Father celebrates Mass at St. John Lateran which is followed by a Corpus Christi procession to Mary Major where he imparts his solemn blessing with the Holy Sacrament. Many of our Motherhouse sisters joined Sister Maria Canisie and Sister Maria Bernadette for the Corpus Christi Mass and Procession. Besides, thousands of faithful took part in the procession praying and singing united with the persecuted Christians around the world who cannot express their faith openly.