The Jubilee Year of Mercy has begun, Rome, Italy 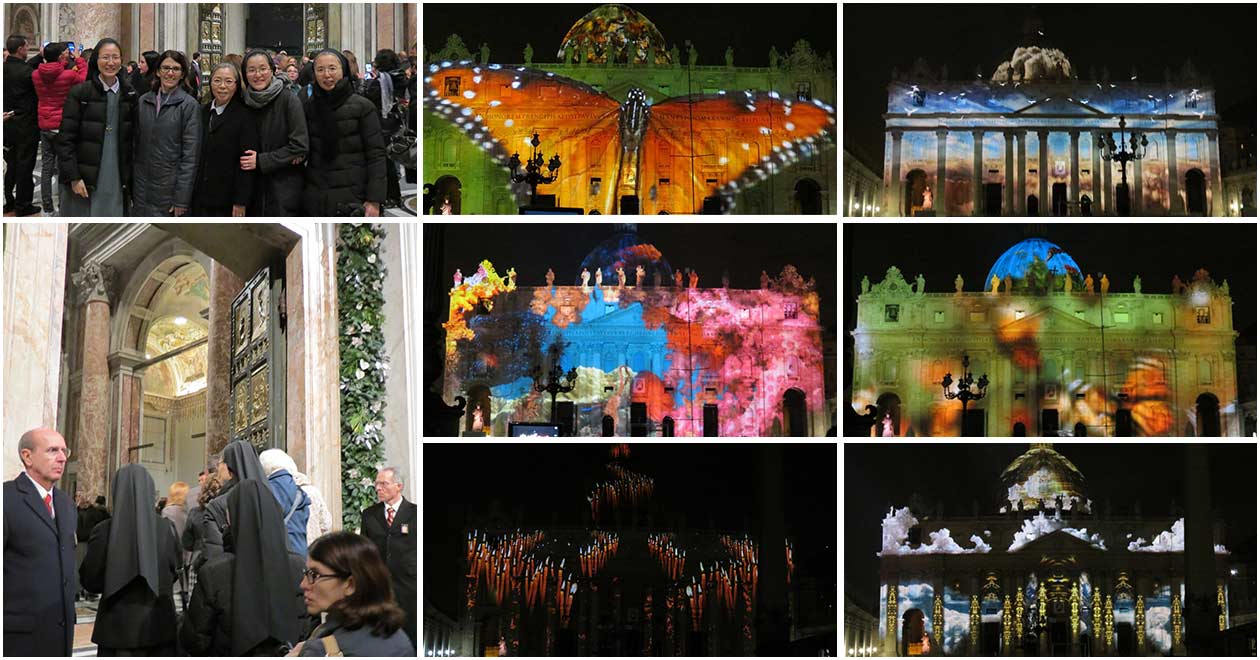 December 8, 2015, on the Solemnity of the Immaculate Conception of Our Lady, Pope Francis officially launched the Jubilee Year of Mercy. He chose December 8th because of its rich meaning in the history of the Church marking the fiftieth anniversary of the closing of the Second Vatican Council.

During the Eucharistic celebration the Pope said in his homily, “To pass through the Holy Door means to rediscover the infinite mercy of the Father who welcomes everyone and goes out personally to encounter each of them.” It is obvious how much the Holy Father desires this year to be marked by mercy rather than judgments.

Following the Eucharist, the cloudy sky cleared up and showed rays of sunshine on all the people gathered in the square as Pope Francis opened the Holy Door of the Jubilee of Mercy in St. Peter’s Basilica. A group of Sisters from the Motherhouse community had an opportunity to experience the extraordinary Jubilee celebration, going through the Holy Door as well as praying rosary with a group of the faithful in St. Peter’s Square.

The final event of the opening of the Year of the Jubilee of Mercy was a light show in the evening on the facade of St. Peter’s Basilica. This “Fiat Lux – illuminating Our Common Home” was inspired by Pope Francis’ ecological encyclical Laudato Sí. It was a unique experience watching St. Peter’s facade projected with the visual story depicting the interdependency of human beings and the nature.

40
SHARES
Share on FacebookShare on Twitter
The Provincial Chapter of Our Lady of the Assumption Province, Patna
Retreat: St. Julie and the Good God, Passo Fundo, Brazil