The Assumption Province Celebrates the Jubilee of Grace, Patna, India 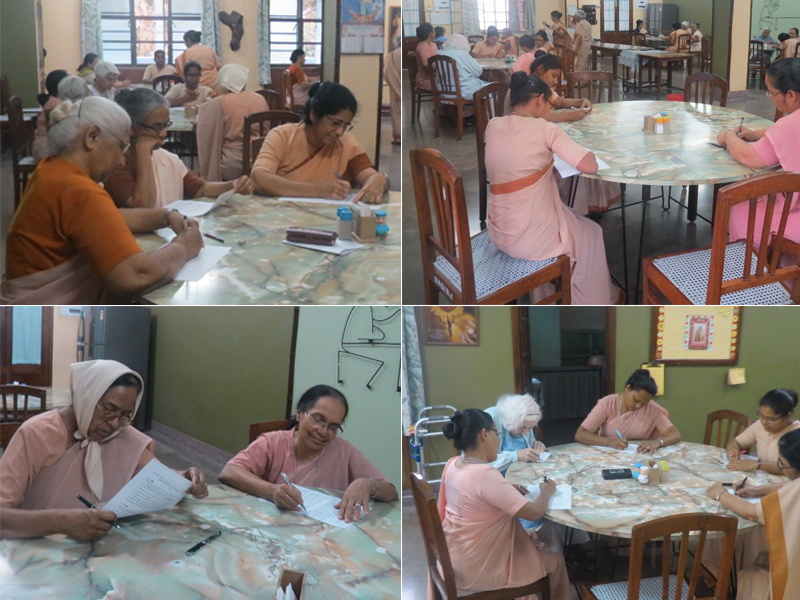 October 31, 2018, marked the seventieth anniversary of the Sisters of Notre Dame’s presence in India. On that very day and month in 1949, six pioneer SNDs arrived in Jamalpur. The celebration of the mission’s Jubilee of Grace opened with a festive Eucharistic Liturgy in the provincial house on the anniversary of that momentous date seven decades ago.

In order to make this Jubilee Year a memorable one, Sister Mary Tessy, our provincial superior, wrote to the communities seeking creative ideas and suggestions. Based on the responses, the provincial team decided to conduct a Know Your Province Quiz. Letters were sent to all the communities regarding the dates and rules of the quiz contest. In preparation, the sisters needed to study the four volumes of the history of the province.

The quiz was conducted according to very definite procedures. The envelope containing the question sheets was sent to each community, to be opened when all were ready at 5:30 p.m. on the given date. After all responded, the local superior collected the papers, sealed the envelope, and forwarded it to the provincial secretary. During the province assembly in October 2019, awards will be given to the top three contestants and to all those who scored more than 80%.

The photos above show the enthusiasm with which the sisters, young and old, participated in this contest. During the first two weeks of March, we could find sisters memorizing names, dates, and events from the history of the province. Table conversations were often on the coming quiz competition. Everyone felt this was one of the best ways to know our province history, as well as a time to recall the manifold blessings we have received through our American pioneers and all our enterprising Indian sisters, benefactors, collaborators, and wellwishers.

The excitement was such that Sr. Mary Ann, age 91, came out of her room at 4:30 p.m. and asked, “What time do we begin the quiz competition?” Sisters told her that it began at 5:30 p.m. Sister Mary Ann went to the community room and waited with pen in hand. She was the first one to attempt the quiz on March 23. The quiz on volume 2 will be conducted on April 25 at 5:30 p.m.