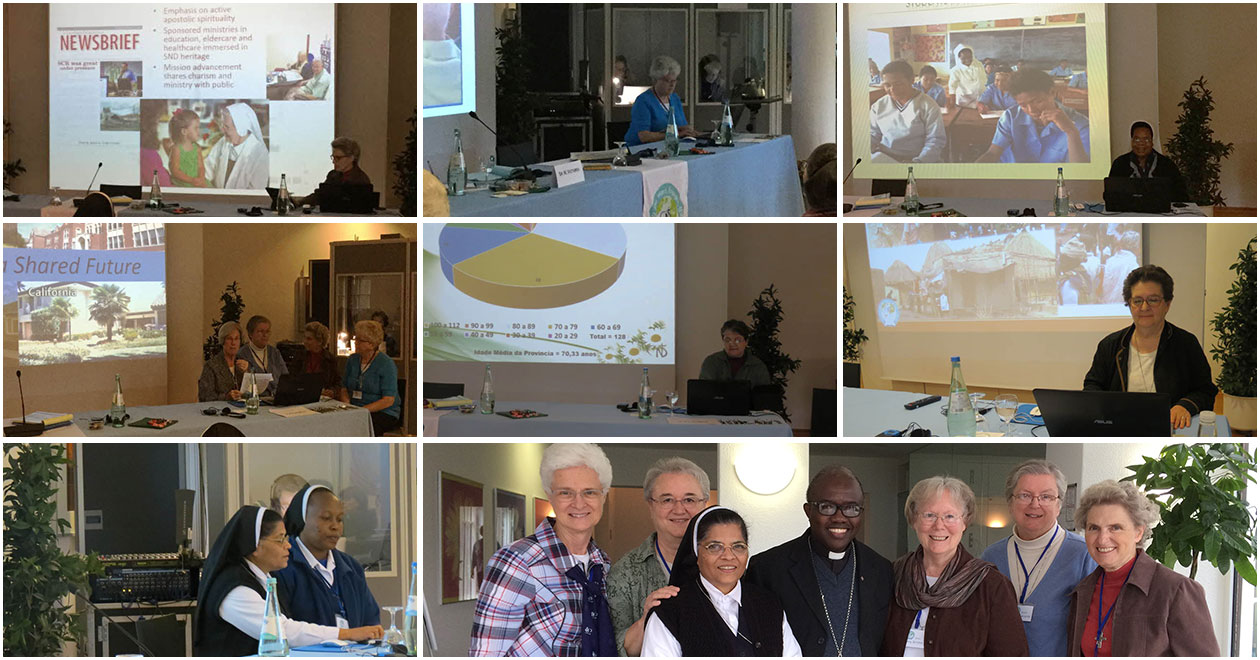 There was a surprise visit by Bishop Vincent, the newly ordained Bishop of the Hoima Diocese in Uganda where our sisters minister. The Bishop is visiting two of the priest from the Hoima diocese ministering in the Munster diocese and came to visit the Kolping Society while in Coesfeld not knowing that our sisters were meeting here. Bishop Vincent was pastor at our mission in Buseesa and knows Sister Mary Bernarde, Sister Mary Kristin and the other sisters who have visited Buseesa in the past.  It was a delightful surprise visit for everyone.