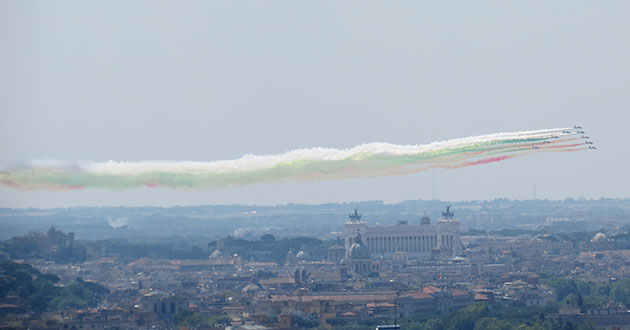 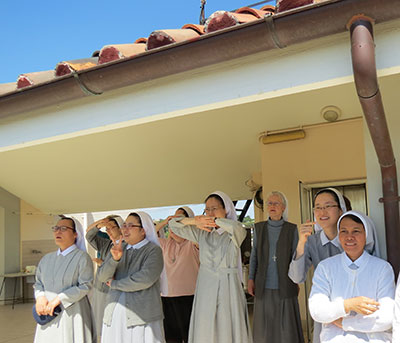 The Festa della Repubblica Italiana (Festival of the Italian Republic) is celebrated every June 2 to commemorate the birth of the Italian Republic. On June 2 and 3, 1946, following the fall of Fascism and the end of World War II, an institutional referendum was held in which Italians decided to opt for a republic. On May 27, 1949, lawmakers passed Article 260, named June 2 the date of the founding of the Republic and declared it a national holiday.

This year the Republic Day commemorations began at 9:15 am with the laying of two wreaths, one of which was at the Tomb of the Unknown Soldier by the President of Italy, Giorgio Napolitano. This was followed by the traditional and highly evocative military parade which marched down Via dei Fori Imperiali to Piazza Venezia. Visitors to the Eternal City look forward to enjoying the festivities and events especially on June 2.

The Sisters in the Casa Madre Community enjoyed watching the Italian Air Force jets fly-over Victor Emmanuel Monument in formation, releasing streams of white, green and red smoke, the colors of the Italian flag across the sky from the terrace of the Casa Madre. Viva la Repubblica! 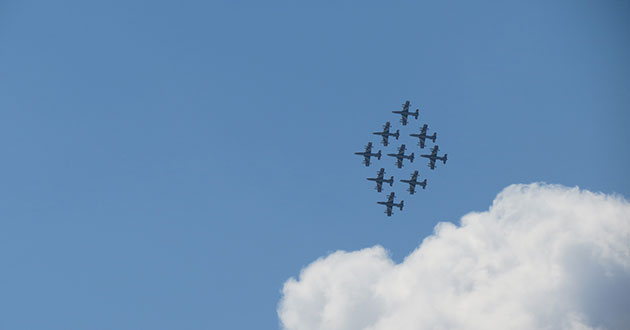 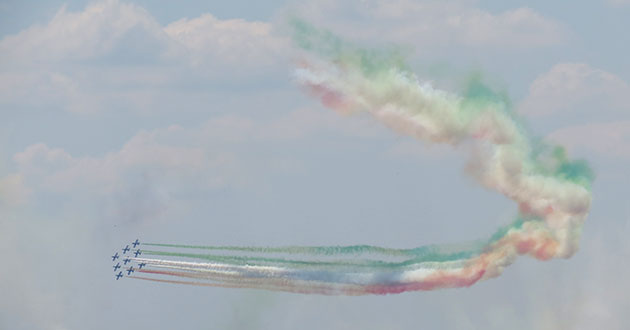