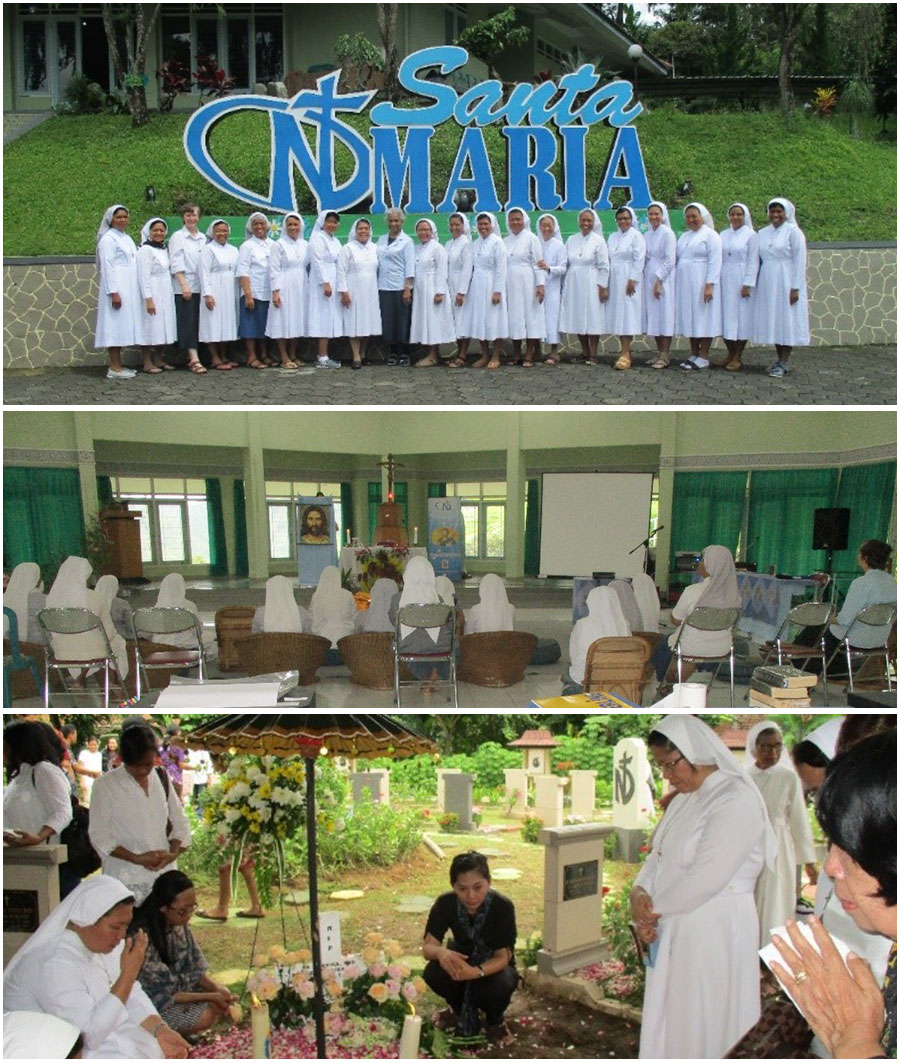 The retreat was held at Santa Maria Retreat house at Tawangmangu, which is owned by the SNDs. The beauty of nature and the coolness of the air in Tawangmangu helped the Sisters to experience God’s presence in their reflections during the retreat.

During the Mass, she suffered a heart attack and immediately she was taken to the nearest clinic but was then moved to the hospital in Solo. After treatment in ICU and various attempts to help her, she left us. That night the body of the sister was brought to Pekalongan. Sr. Maria Monika, SND, as the provincial, decided that the retreat would continue. Most sisters prayed for her in the silence of the retreat. The few sisters who left to mourn Sr. Maria Erika in Pekalongan resumed their retreat after the burial.

After the closing of the retreat, the six sisters who elected to become retreat facilitators for the sisters in Indonesian province met with Sister Mary Sreeja, SND, for the preparation of the next retreat. After that Sr Mary Kathleen, SND, and Sr Mary Sreeja, SND, were invited to do some sightseeing with several Sisters.