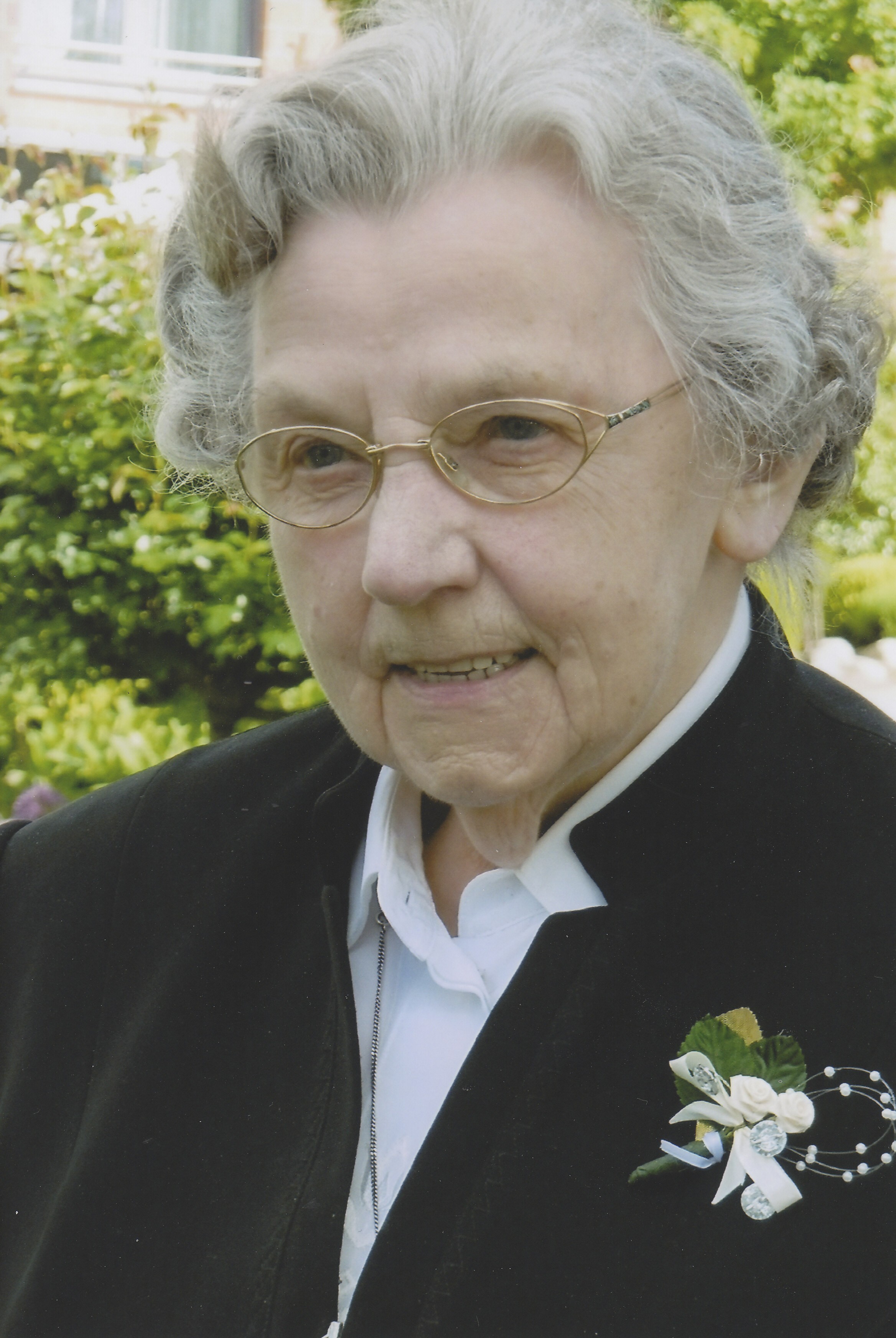 Marianne was the eldest of the six children born to the farmer Franz Gehring and his wife Änne. Her childhood was marked by a life within the Catholic Church, the work on her parental farm, and a happy family life where everybody felt responsible for one another.

Marianne attended the Catholic basic primary and secondary school in her hometown and then she continued her formation at the agricultural college for women in Geldern. Because of the outbreak of the Second World War, she stayed on her parental farm and worked in the house, in the fields and in the stables. Already as a youth, she was a strong personality who felt called for resistance against the anti-clerical instructions of the National Socialists, e.g., she courageously helped to distribute the homilies of Cardinal von Galen.

In September 1946, she left her hometown and her parental farm because she felt called to a life dedicated to the service of God and of people and she began her religious formation with the Sisters of Notre Dame in Mülhausen. In her second year as a novice and her first year as a junior, she attended the commercial school in Ahlen and then she helped in the provincial administration in Mülhausen, in different boarding schools, and in the administration of various other houses. But her great wish was to become a religious teacher and to convey the faith to children and youth.

From 1955 to 1957, she did the formation as a pastoral worker in Haus Venusberg in Bonn and continued studying theology and pedagogy. After her training, she ministered in administration and in religious education. From 1967 on, she mainly taught religion at the Liebfrauenschule, a school for Social Pedagogy in Mönchengladbach, and she gave courses for educators on regional and diocesan levels. From 1989 to 1999, she ministered as a pastoral worker in the parish of St. Remigius in Viersen. She also gave workshops, lectures, retreats, and other catechetical programs for adults.

After leaving her ministry in the diocese, she continued offering religious programs for youths, young families and elderly people at Antoniushaus in Mülhausen and from 2001 on, she reached out to an ever growing number of readers with “LICHTBLICK“ (Ray of Hope), a monthly spiritual input.

In 1990, she and her friends founded the “Project Hope”, which financially supports the missions of the Sisters of Notre Dame in Brazil and in Mozambique.

Because of her age, she finished holding lectures in 2014 and moved to Haus Salus where she quickly settled in and felt happy. She loved reading and maintained many contacts to her family as well as to her many friends. The yearly autumn festival, her milestone birthdays, and the different religious jubilees were occasions for joyful feasts and encounters.

At the beginning of July, she came down with pancreatitis and was taken to the hospital in Viersen. Here, her physical strength decreased continually. She felt that her long life was coming to an end and wanted to be taken back to Haus Salus. Happy to be back home, she was grateful for all the assistance and quietly took leave of the sisters and the nurses.

On the feast of Mary Magdalene, the first woman apostle, the good God called her by name and led her from this life to the fullness of life in Him. Together with the saint of the day, she can say, “I have seen the Lord!”

With many other people we thank sister for her Easter message of which she has given witness all her life.