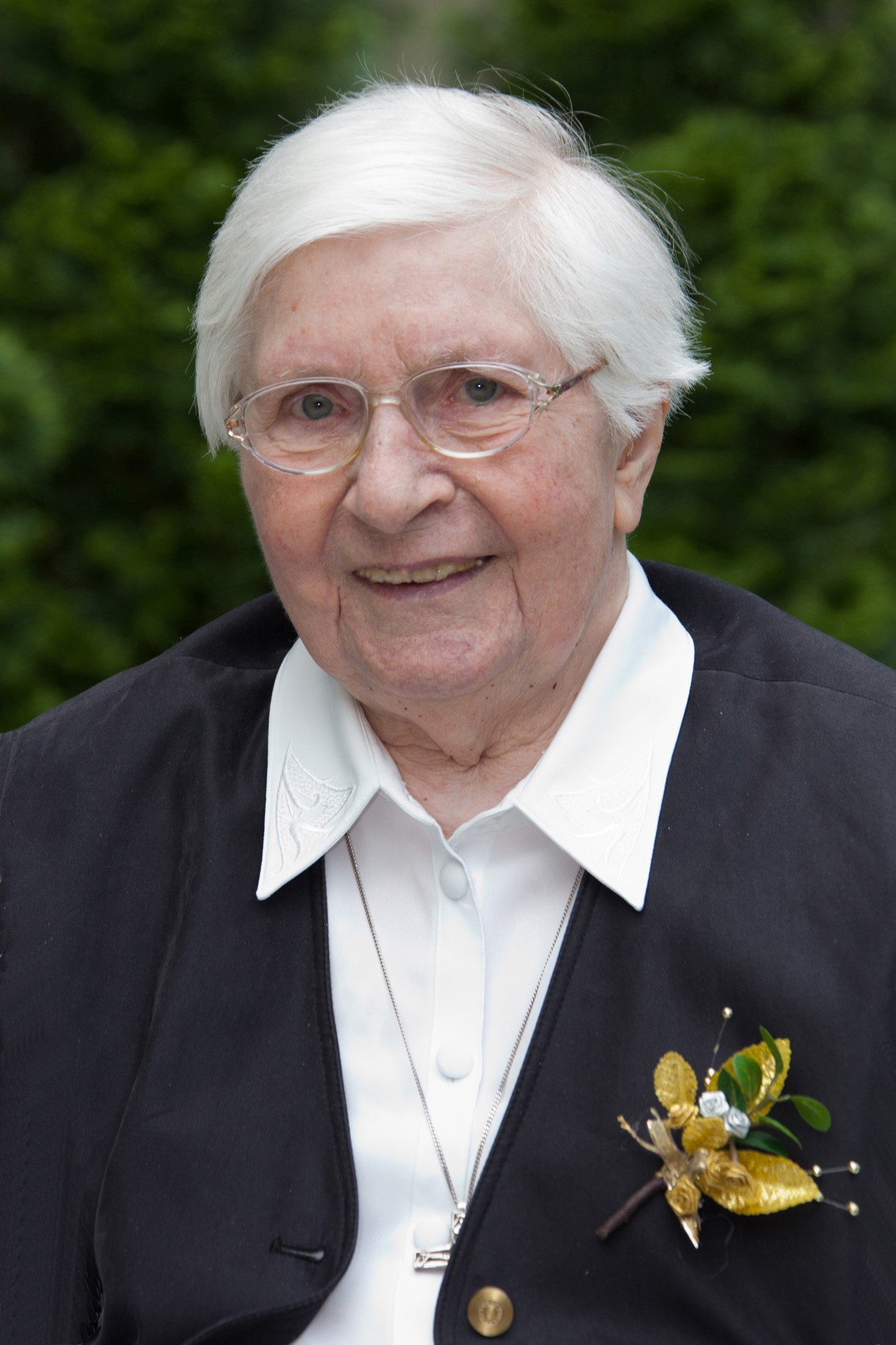 Gertrud Barklage grew up with six siblings. She had close contacts to her family up to her old age.

From 1936 – 1940, Gertrud attended primary school in Cloppenburg and then the public grammar school from which she graduated in 1949. Since Gertrud felt called to religious life, she asked for admission into the Congregation of the Sisters of Notre Dame in Mülhausen/Lower Rhine in 1949.

After finishing her religious formation, she studied at the Pedagogical College in Vechta and at the university in Münster where she acquired the teaching qualification for biology and mathematics at high schools. Because of her great musical talent, Sister Maria Modeste was dedicated to church music and for decades, she played the organ in different communities. After completing her time as a trainee teacher, Sr. M. Modeste assumed the leadership of the grammar school in Meppen where she was supported by a team.

Then she was sent to Milano where she successfully ran our German school, St. Julia, from 1966 – 1993. Her leadership was marked by farsightedness and openness as well as by the values of faith and humanity. The special characteristic of this school was that teachers, students, parents, and sisters looked upon “their“ school as their shared work, which demanded everybody’s appreciation, family spirit, and commitment. Because of the many positive characteristics of this school and the motivation to create relationships between peoples and cultures, Sister M. Modeste received a special Italian award from the Consulate General in Milano on 25th October 1982, and on 2nd April 1990, the 1st Class Cross of Merit of the Order of Merit of the Federal Republic of Germany.

One of the strong points of Sister Maria Modeste and her community was their warm hospitality, which became obvious in many different situations. At the railway station in Milano, sisters who were travelling to Rome were provided with fresh provisions on their long journey by train. Not only many sisters but also the Benedictines of our neighboring abbey will remember that. The then abbot, Father Clemens Schmeing, remembered it with gratitude and loved talking about it.

After many blessed and fruitful years of ministry, Sister Maria Modeste came to Kloster Annenthal in 1993. For 7 years, she worked with faithful commitment in the archives of the provincial center. (She had done this for one year in Rome, too). Then, she still liked doing little services in the community.

Sister Maria Modeste was a highly appreciated co-sister. She was a good interlocuter for us as well as for her former colleagues and students from her time in Milano. She was interested in the developments in the community, in society, and in the Church.

The last phase of her life was marked by increasing dementia.

Perhaps the following words from an article which Sister Maria Modeste wrote for a commemorative publication of the school in 1993 can be an encouraging legacy for us: “As learners and teachers, as helpers and companions we have journeyed together. We searched and discovered, we recognized and experienced, and we received great gifts from His (God’s) goodness, which we shared with one another. Whatever happens on our journey, the good and the bad things offer the possibility of meeting HIM, whom we always owe a response of gratitude and love. May we always succeed in freely giving this answer as we continue our journey!”

We believe that Sister Maria Modeste has given this answer of love in her life and that she is now invited to the heavenly wedding feast.