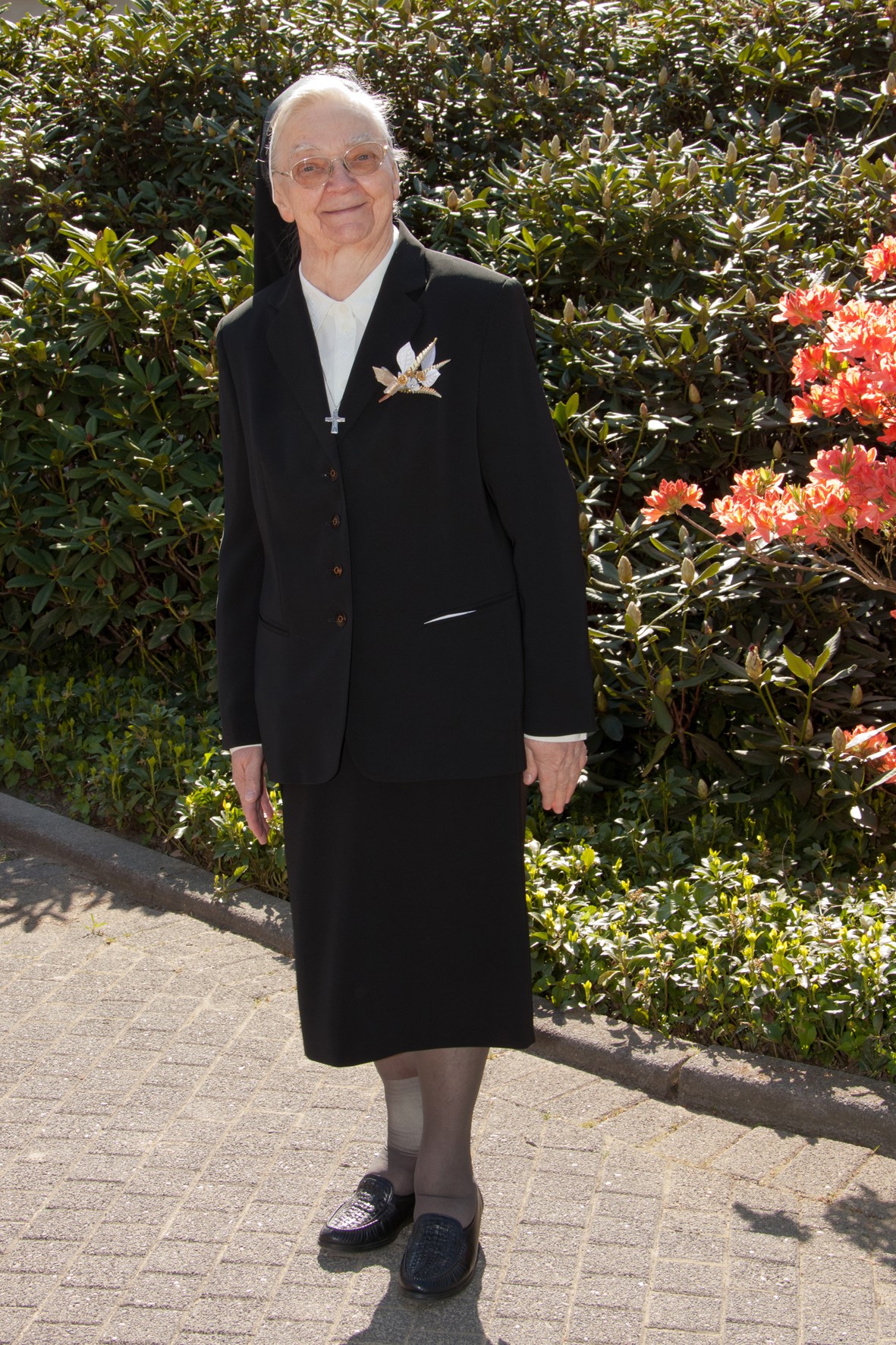 Sister Maria Liboria was the oldest daughter born to the farmer Wilhelm Strätker and his wife, Paula, née Sendes. With her five younger siblings, she enjoyed life on a farm–the sowing, the growing, and the harvesting. She helped with the work in the house, in the garden, and in the fields. Her great talent for cooking and baking became obvious already in her childhood and youth and determined her future life and ministry.

Anna attended middle school in Nottuln and the housekeeping school A in Ratingen, where she graduated as a qualified housekeeper. During her various theoretical and practical formations, she experienced the Sisters of Notre Dame as teachers and as training officers, and while living with them she also felt called to religious life.

On November 15, 1958, she began her religious formation in the provincial center in Mülhausen. At her investment, she received the name Sr. Maria Liboria. After her first profession, she attended a college for housekeeping and then the public seminary for vocational school teachers in Frankfurt.

In 1969, after completing her traineeship with a further exam, she was transferred to St. Joseph High School in Rheinbach. There she worked as a vocational teacher until her retirement in 1996.

From 1996 to 2007, she was the local superior and the contact person for the school in Rheinbach. She experienced the handover of the school to the Archdiocese of Cologne in 1999 and the closing of the community in Rheinbach. These two incidents were very hard for her because she was deeply rooted in Rheinbach.

After a short stay in House Maria Einsiedeln in Bonn and a four-year ministry in the guesthouse at the Benedictine Abbey in Gerleve, she came to the nursery home in Mülhausen in 2013. There she readily helped in the different areas of the housework. She also prepared the liturgy with special care.

Sister Maria Liboria was appreciated and loved as a teacher who knew how to motivate her students. With them she prepared delicious buffets and a vast variety of cakes and cookies at special events such as class meetings and bazaars. For thirty years, she belonged to the parish council of St. Martin’s Parish where she also enriched the various events by her cooking and baking skills. Her former students and acquaintances still appreciate and use her handwritten book on cooking and baking.

In the community, Sister Maria Liboria was very helpful and attentive. She knew how to tell stories in an interesting and humorous way, and she had a good sense of humor.

She had a special love for the mission in Uganda, with which she kept in close contact and where she sent many a parcel that she packed with great love. She maintained and promoted the contacts with the donors, and once she even travelled to Uganda herself. There she also tried to motivate the staff in the kitchen and the students for German cooking.

All her life, Sister Maria Liboria maintained loving and close contacts with her big family. A very short time before her sudden, unexpected death, she was granted some visiting days with her family.

May the good God welcome Sister Maria Liboria, who had shown great hospitality to many people all her life, to the eternal wedding meal in his heavenly kingdom.