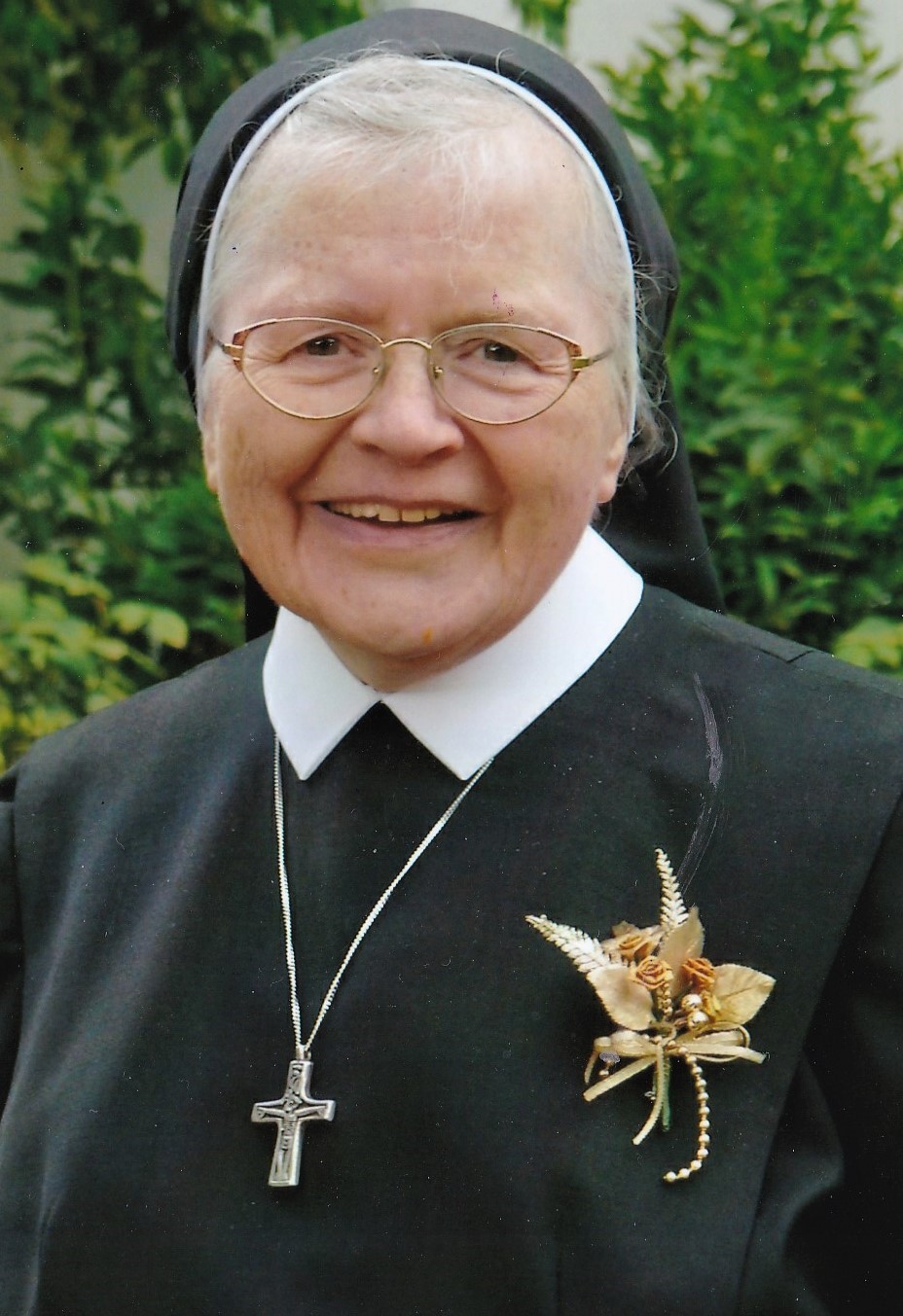 In the family of Bruno and Maria Dörpinghaus, Ursula grew up with her elder sister Genoveva and her twin brother Felix in an environment marked by faith and political responsibility. Since the father often had to change their living place for professional reasons, the children had to change their respective schools.

After the foundation of the Federal Republic of Germany, Mr. Dörpinghaus worked as a Foreign Affairs Department aide in the new federal capital in Bonn. He was one of the co-founders of the CDU, a new party founded after the Second World War, and a personal friend of the first Federal Chancellor of the FRG, Dr. Konrad Adenauer. The family moved to Bornheim-Roisdorf near Bonn and Ursula attended Notre Dame high school. There she got to know the Sisters of Notre Dame. In 1952, Ursula came to Mülhausen as an aspirant and attended Notre Dame high school, which she finished in 1957. On August 14, she began her religious formation in Mülhausen. Her twin brother also decided to live a spiritual life and became a priest.

From the second year in the novitiate on, Sr. M. Geroldine attended the school for nursery teachers in Oedt, which she finished as an educator in 1962. She worked in different boarding schools and children’s homes of the province until she made her final vows. According to her wish and talents, she started a formation in art in Düsseldorf in 1967 and then she studied art education at the teacher training college in Cologne.

From 1969 to 1990, she taught art and crafts at the secondary modern school in Geldern. Then she was in charge of recreational activities at the boarding school in Ratingen and at the same time of the reception desk.

In 2005, she was transferred to Bonn, Haus Maria Einsiedeln. Here she received her own studio for her creative work. With her pictures she contributed to the decoration of the house. She loved to share her skills and her knowledge in courses for people who were interested.

From 2014 on, she spent her retirement in Haus Salus in Mülhausen. She was grateful for all the help she received in dealing with her physical limitations, and she continued creating cards and pictures and gave the sales revenues to our mission in Uganda.

From 1990 on, she tried to realize her ideas in free artistic creation, she painted religious pictures and cycles of pictures, she also used motifs from nature. Her most prominent client was Cardinal Joachim Meisner from Cologne, who was her personal friend. On the occasion of the 30th anniversary exposition in Nörvenich Castle in 2017, she was privileged to expose her works under the title “Sacred Art”.

Sr. M. Geroldine was friendly and patient. She was open-minded and ready to help; and she had a big heart for the mission in Africa and for the people in her surroundings, to whom she readily offered her help and her prayers. In deep faith and confidence in God’s goodness, she accepted her life with its ups and downs, including her weak health. Throughout her life, she had been closely connected to her family.

On the feast of the Transfiguration of the Lord, Jesus took her to the mountain where she now happily enjoys the fulfilling of her longing.